The term ‘open source’ is used with excitement throughout multiple industries, yet folks are still asking a lot of questions, chief among them: What is open source & why should I care? Well, for industrial and process manufacturing, open source is rapidly becoming a fundamental for the digitalization of these industries.   Industrial automation users, system integrators, machine builders, and automation suppliers that understand how to embrace and leverage open source are dramatically improving their odds of being effective competitors in their respective industries.

Inside the Eclipse Foundation

“No company can realize the IoT on its own…  Within the Eclipse Community, through the contribution of many IoT developers, tools and standards are created on an open platform that many companies can benefit from for their IoT applications.”  Stefan Ferber, CEO, Bosch Software Innovations

What is “Open Source”?

Milinkovich began by discussing the importance of software. Quoting Marc Andreessen, “software is eating the world”, he described the trend of special purpose devices being replaced by general purpose computers, in particular, embedded, running software, often open sourced. He noted that this trend is affecting every sector of the economy.  The shift is being driven by the dramatic increase of processing power at lower price points.  For example, the Airbus 300 was the first “fly-by-wire” aircraft, controlled by processors and software with 23,000 lines of code.  By 2006, processors were performing more functions, now requiring over 108 million lines of software code.  Ninety percent of innovations in automobiles are in software, driven from entertainment systems to advanced driving systems, such as driver assist lane control.  Milinkovich believes that, to a large degree, the digital transformation is really about organizations – who produce and deliver cars, aircraft, factory systems and other things - realizing that software is now a key part of the businesses.

Further, Milinkovich made the case stating that every successful supplier leveraging software, “is an open source company”. Facilitating this cultural transformation requires mastering the art of dealing with, adopting, contributing, and participating in the open source community.   He cited a statement made by former Microsoft CEO Steve Ballmer 17 years ago, which labeled open source as ‘communism’ and today, we see that Microsoft is embracing open source in several ways.  First, Microsoft recently bought GitHub for $7.5 billion.  Secondly, in 2016, Microsoft announced enhanced OPC UA support for Windows, iOS, Linux and Android with an open-source reference stack. So, the mindset on open source is evolving.

The Competitive Advantage of Open Source

Today, companies are leveraging the advantages of open source to save costs, get to market faster with new innovations, improve quality, collaborate and achieve economies of scale with lower capital and operating investment.  Milinkovich  cited the success of open sourced Android which has 87% market share of the cell phone  market. Also noted was the increase of the MQTT adoption rate with the introduction of the Eclipse Mosquitto, open source MQTT broker. MQTT is now commonly used for connecting sensors and other IoT devices to systems and Amazon Web Services (AWS) As Milinkovich noted, “Open source is a strategic weapon to drive more revenue, get to market faster, and deliver more.”

Milinkovich described how open source helps to accelerate innovation by empowering people to try things without permission.  Without the red tape, developers become highly efficient, quickly leveraging the available open source code, while being able to get help and advice from the open source community.  This creates an ideal environment for rapid prototyping and experimentation, as well as the exploration of new concepts and ideas, and as Milinkovich stated, “If computer science is a science the root of all sciences is experimentation”.

For Eclipse’s part, Milinkovich shared the vision of The Eclipse IoT Working Group, a collaboration between organizations and individuals who share the goal of creating an open Internet of Things (IoT). The collaboration focuses on the development, promotion and adoption of open source IoT technology. This encompasses standards-based open source software for constrained devices, gateway devices, cloud infrastructure.   The Open Source Software for Industry 4.0  white paper provides more information. 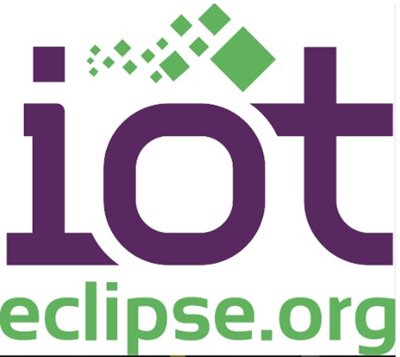 In conclusion, Milinkovich described four open source principles as software freedoms (noting that the author, in keeping with programming conventions, started at zero):

“The four freedoms sound very simple but compared to the world of proprietary software they are very different;  this is changing your software world from a closed black box to a white box,” explained Milinkovich “The world we live in today is enabled by those four freedoms, and are based on technologies that are under those four freedoms.”

In addition to what Milinkovich shared, I’ve noticed that Inductive Automation has built an impressive software offering with enthusiastic users, based on their leveraging of open source software. Ignition allows users to apply standard Internet and IT methodologies to the industrial domain and users with functionality including Java, Python and SQL databases. These established technologies create options for advanced data management, processing and reporting.

Open source software has been proven to create large effective ecosystems of users that improve quality. It has been known for many years that the more a piece of software is used, the quicker bugs will be identified.  In the open source community when a bug is found, users contribute fixes. In addition, for the industry at large, attracting new talent remains a big issue. Many recent graduates will expect to be able use open source and flexible software.

Open standards have been prevalent in hardware for many years. I once worked for a company that had been in business over hundred years and in its history; they made their own nonstandard screws used in assembling pneumatic valves! Thank goodness, there are mechanical standards that became dominant. In more recent times, standard DIN rails became accepted in place of a range of proprietary rail systems that existed from various electrical manufacturers.

Quite simply, I agree with Mike Milinkovich in his statement, “ Software competence is the key to digital transformation.” Open source software enables company to innovate faster and do more. I think people get confused about their unique value-added contribution to customers.  Companies leveraging open source software, as building blocks to create applications and products based on the supplier’s unique knowledge and know-how, seems to be a perfect match.

The New Era of Automation Architectures: What does it mean for users?

Are Industrial Protocols Going the Way of AppleTalk, DecNet & Netware?