Cybersecurity: Where Does the Reasoning Begin?

Usually during cybersecurity presentations, the speakers talk about serious consequences of cyber security and then overwhelm people, who are not familiar with the topic, with deep levels of details and intricacies. This one answers a simple question: Where does the reasoning begin?

I recently witnessed the most useful cyber security presentation I have seen, to date, at the Schneider Connect 2016 conference. The presentation, given by Gary Williams, Sr. Director, Technology, Cybersecurity, and Communications, essentially answered the important question that my AC /DC fundamentals professor would always ask to start a topic: Where does the reasoning begin?

Usually when I hear cybersecurity presentations, the speakers talk about serious consequences of cyber security and then overwhelm people, who are not familiar with the topic, with deep levels of details and intricacies.  Williams definitely addressed the consequences. “In January of this year, it was calculated that there were 300,000 new malware per day” Williams shared, “As of yesterday, there were 700,000 per day with 30-% delivered in PDF documents.”  He also presented statistics from Dimensional Research, showing that cybercrimes cost energy and utilities companies an average of $13.2 million each year, for lost business and damaged equipment. Further than that, 47% of energy organizations reported attacks, the highest among all corporate sectors.

Then, perhaps in reflections of his deep military and industry experience, Williams provided a process for cyber security protection. 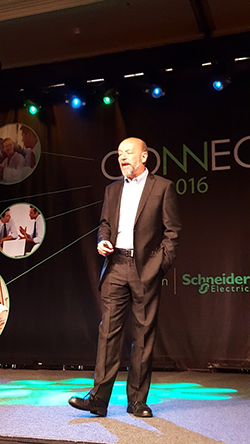 Williams noted that, “cyber security is not a project,” it is an ongoing process, one that everyone in the company is responsible for.  “Be as aggressive as the hackers,” Williams instructed his audience and then used “AGGRESSIVE” as an acronym for his cybersecurity steps. His acronym for cybersecurity went as follows:

Williams believes that configuring a system, using the principles of ISA99 and IEC 62443, into zones that conform to the familiar five layer model. This segregates functional areas, where information conduits communicate, between levels as the most productive organizing principle.  It is important to remember that with the proliferation of communication networks, including wireless, there may be multiple conduits between levels that need to be considered for cyber security.  Using a standard architecture enables a common view of systems, segregation, and approach. 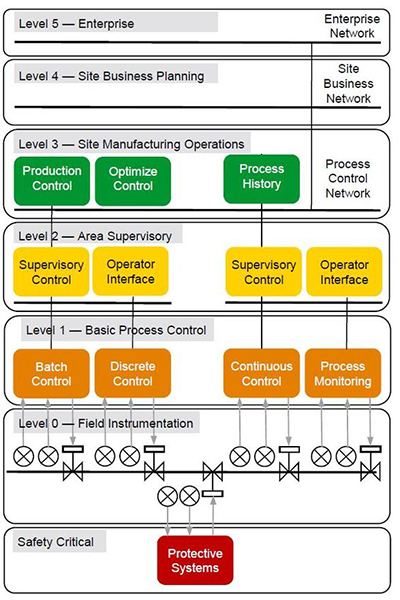 The use of multiple zones within a level is used to group areas together for protection using separate conduits for each.

Cyber security, as Williams drove home throughout the presentation, is an ongoing sleepless task for today’s businesses.  “Cyber security is a moving target and the standards are nothing more than a guidance,” Williams warned in closing, “Be sure to seek cyber security experts, when you face new challenges.”

Bill Lydon brings more than 10 years of writing and editing expertise to Automation.com, plus more than 25 years of experience designing and applying technology in the automation and controls industry. Lydon started his career as a designer of computer-based machine tool controls; in other positions, he applied programmable logic controllers (PLCs) and process control technology. In addition to working at various large companies (e.g., Sundstrand, Johnson Controls, and Wago), Lydon served a two-year stint as part of a five-person task group, where he designed controls, automation systems, and software for chiller and boiler plant optimization. He was also a product manager for a multimillion-dollar controls and automation product line and president of an industrial control software company.