New DCS for the Power Industry, the Siemens SPPA-T3000

I recently visited Siemens Energy’s Instrumentation, Controls, and Electrical group to learn more about the SPPA-T3000 system and how customers are using it.

I recently visited Siemens Energy’s Instrumentation, Controls, and Electrical group to learn more about the SPPA-T3000 system and how customers are using it.

The alternative is a phased modernization to minimize risk and maximize investment return. The migration focuses on replacing the front end computers, software, and field controllers. The majority of I/O modules, field wiring and sensors are kept in place. This approach enables you to leverage the latest asset management and optimization software to gain greater efficiencies.

I was surprised to learn that the Siemens SPPA-T3000 system software was completely designed in the United States, including the engineering design tools.

Leibbrandt illustrated Siemens’ analysis of the DCS architecture evolution from isolated sub-systems, interlinked sub-systems to fully embedded functionality, which Siemens believes the SPPA-T3000 has achieved. Leibbrandt believes that 95% of existing systems are based on the older less efficient architectures. 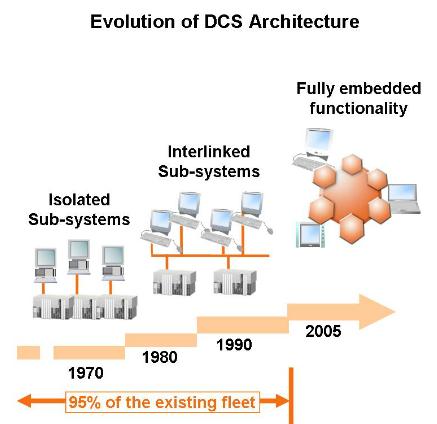 The SPPA-T3000 system is a modern, Java-based design with system software running on a redundant Stratus server. Networking between the controller and application server is PROFINET and supports redundancy. The SIMATIC S-7 controllers, referred to as Automation Servers, network to the field using Profibus DP. 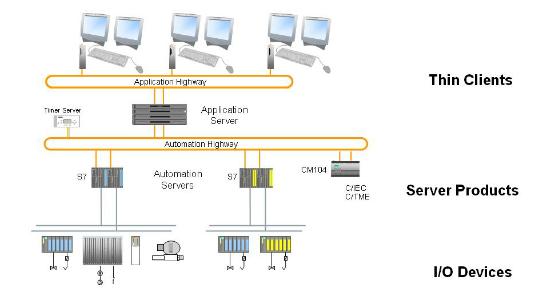 Field controllers are Siemens SIMATIC S-7 controllers, but they are programmed with the new IDE specifically designed for the SPPA-T3000 system.

The system has a single integrated design environment for creating HMI screens and logic, allowing for efficient applications development. The entire system software goal is to have one integrated engineering software tool. At first look, the design tools are integrated and straightforward to use. It would take a more in-depth analysis to really understand the use and limitations of the software.

This was all developed in JAVA and all operator stations, HMI, and engineering stations are thin client WEB browsers. The only place system software resides is in the redundant server, simplifying software maintenance. Siemens offers software to automatically import configurations from older systems for migration projects. 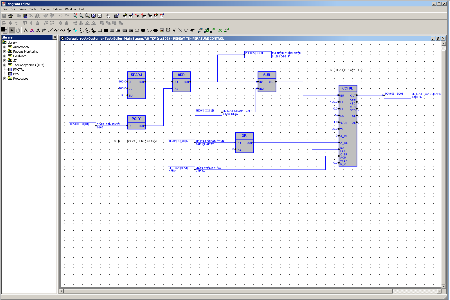 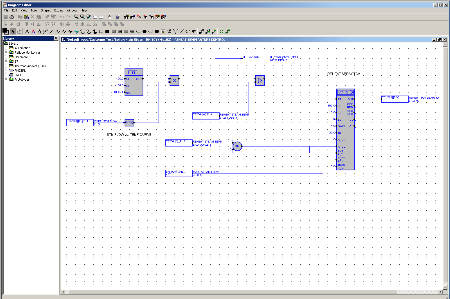 David Clout, Product Manager, explained that the system software architecture is based on a Java framework from ilog (www.ilog.com ), an IBM company. Algorithms for function blocks are written in JAVA and stored as an XML file. The software has a parser and other code that tokenizes the logic in a form understood by the controller runtime software engine in an S-7 controller. 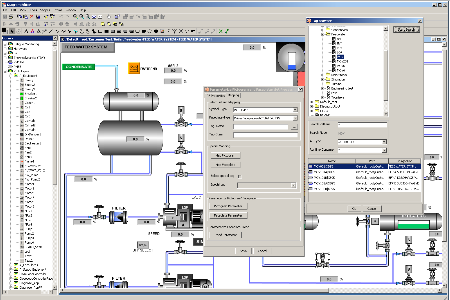 The system programs like a DCS with using industry symbols, faceplates, and other common industry elements.  The new software, with an IDE, has made the system much easier to use and understand. Clout described how the basic training program for the software has been reduced from a 5-7 week training program to 4 days.

OPC is used as the primary interface to other software such as process management, enterprise, and asset management.

Steve DiCarlo, General Manager at the Carneys Point New Jersey Generating Plant, owned by Cogentrix, discussed his plant control system upgrade last spring with the Siemens SPPA-T3000 system. The plant is a 266-megawatt, pulverized-coal cogeneration facility that supplies steam & electricity to the DuPont Chambers Works next door. On average the plant delivers about 250 pound per hour steam and about 20 megawatts of electricity. The plant is designed to generate one million pounds per hour of steam and 40 megawatts to DuPont. They are able to sell excess energy to the grid. The plant has 30-year deals with DuPont and Atlantic Electric, the local utility. Some of the excess power is sold at fixed price and the balance sold on the open market. 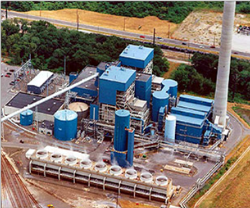 A big driver for them was obsolescence - their Westinghouse Distributed Processing Family (WDPF) DCS was not going to be supported. Parts, service and support was becoming more difficult. Also, they wanted to coordinate the change with the major overhaul they do about every 7 years when the turbine and boiler are down. There have only been two shutdowns coordinated with DuPont in 15 years. DuPont agreed to give them 60 hours for a shutdown without steam.

DiCarlo selected Siemens based on his previous experience in 2004 with a Siemens replacement of proprietary controls on an Alstom machine. The old proprietary control system required expensive specialists from Europe to troubleshoot and make changes. DiCarlo learned from this plant system experience, saying, “We have to get something here that we can understand and have support here in the states.” He further noted, “Going non-OEM controls in our industry is always tough - there are a lot of people that will certainly criticize you if it didn’t work out.”

They had a very successful WDPF migration and were back online in 55 hours. Operations were restored with full steam capacity to DuPont Chambers Works without penalty. This was accomplished with detailed planning, and pre-outage mockup installation with Carneys, subcontractor, and Siemens’ project team. 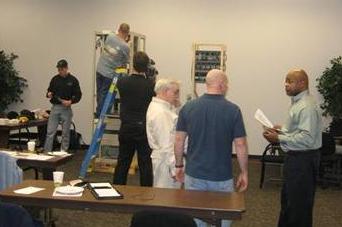 Cabinets made of wood were used as mockups to train installers. 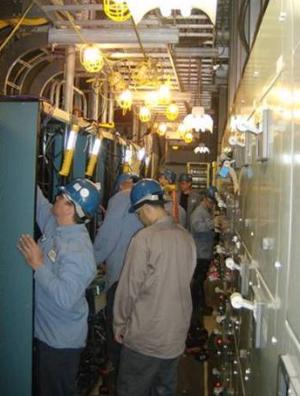 During the changeover there were teams of people at each cabinet.

DiCarlo noted that they can make changes quickly and efficiently because the software is easy to use and changes are made without system interruption. Also, troubleshooting is easier since they can look at the logic in real-time to see what is happening.

Jim Sousa, General Manager at the Logan coal fired power plant at Swedesboro, New Jersey, another Cogentrix operation that is in the process of upgrading to the SPPA-T3000, commented on their system. Logan is a 245-megawatt, pulverized-coal fired plant. The SPPA-T3000 control system is to replace controls for one Westinghouse steam turbine, one 100% Foster Wheeler boiler, and balance of plant controllers. The system has a number of interfaces to the existing I/O including 3,500 WDPF IO, 11 serial links, Allen-Bradley DH+, Forney BMS (Modbus), and 3,000 Serial I/O.

After a brief look at the software, it appears to be a clean design that is easy to use. The integration of the control logic and HMI development tools into a single application allows for interactive development of the initial project and ongoing refinement and improvements over time.

The system relies on function block programming and the user can create additional blocks using the existing function blocks. Engineers can switch between IEC and SAMA logic symbols views. The software has the facility for task scheduling and prioritization similarity to the IEC 61131-3 standard.

The Siemens SIMATIC S-7 controllers referred to as Application Servers in this architecture are refined and established hardware platforms with a large set of I/O interfaces.

This Siemens group is dedicated to power applications and has designed the SPPA-T3000 specifically for the power industry.
If you are in the power industry and looking at upgrading control, I suggest you should develop your operational goals for an upgrade, define criteria to measure solutions, and add the SPPA-T3000 to your list of possible choices.  More Information.

Lydon brings more than 10 years of writing and editing expertise to Automation.com, plus more than 25 years of experience designing and applying technology in the automation and controls industry. Lydon started his career as a designer of computer-based machine tool controls; in other positions, he applied programmable logic controllers (PLCs) and process control technology. In addition to working at various large companies (e.g., Sundstrand, Johnson Controls, and Wago),