There was great anticipation for another electrifying Hannover Messe event in 2020. When I attended that the Hannover Messe 2020 Preview, on February 12, 2020, I witnessed a major manufacturing digital transformation focal point showcasing actionable thought leadership, techniques, methods, ideas and products, all of which drove excitement for the 2020 event.

Since the Hannover Preview, however, the much-anticipated Hannover Messe 2020 has been cancelled, due to the increasingly critical situation surrounding the Covid-19 pandemic. While the initial hope was to postpone the event later in the year, the decision was made that the next HANNOVER MESSE will be held April 12-16 2021.

"Our exhibitors, partners and our entire team did everything they could to make it happen, but today we have to accept that in 2020 it will not be possible to host the world's most important industrial event. The need for orientation and exchange is particularly important in times of crisis. That is why we are currently working intensely on a digital information and networking platform for HANNOVER MESSE that we will open to our customers shortly."
-Dr. Jochen Köckler, Chairman of the Board of Management, Deutsche Messe AG,

Inside the 2020 Hannover Preview Event

The Preview event, however, was still full of quality information and innovation. The event was opened by Onuora Ogbukagu, Corporate Spokesman and Director Marketing & Communications Industry, Energy, Logistics, Deutsche Messe AG, Hannover, who noted there were 40 exhibitors with 150 journalists from around the world attending. 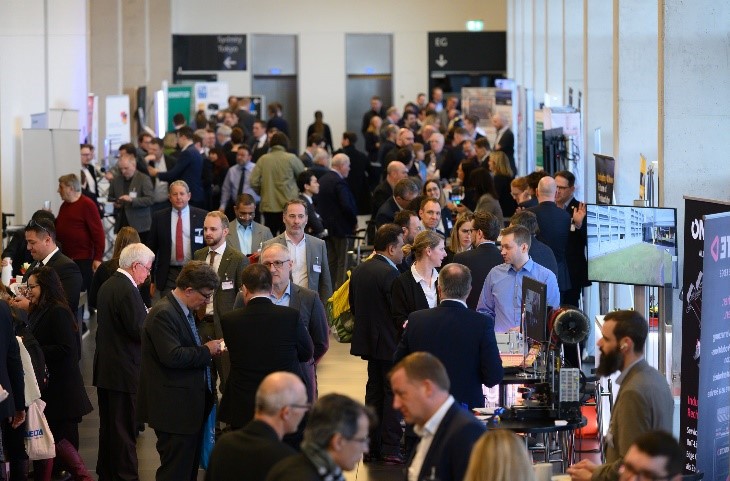 Digitalization Remains at the Fore

Dr. Köckler emphasized that survival in today’s competitive global environment means seizing the many opportunities it offers. “Companies that want to remain competitive must embrace digital technologies such as AI, data analytics, IoT, platforms and security,” Kockler shared.  At the same time, he explained how the data that makes all this possible is morphing into a key commodity in its own right. Intelligently collected, analyzed and used, it can help generate new lines of business and strengthen relationships with customers.  Kockler believes that, “Data is a fundamental commodity that enables new business models, AI, and customer relationships.”

Dr. Kockler also noted that manufacturers are increasingly moving towards mass customization in order to meet this growing demand for individualized products. “More and more customers want customized products and I feel this is a result of a highly developed society, most of us want to be individual and not standard,” he opined.  He believes this requires digitalization to flexibly reconfigure production processes to meet the requirements of individual end-customers efficiently and profitably.  Individualization is modernizing and reshaping entire production processes throughout industry.


A Push for Decarbonization

Dr. Kockler also delved into environmental issues at the event. “Climate protection, society and politics demand that industry except responsibility for climate change,” Kockler shared, “The effort to produce CO2 neutral is expanding exponentially. Climate friendly production will be more and more of a competitive advantage.”

Enhancing Mobility and Tools for Workers

The Preview event also discussed how tools and trends are affecting todays workers. The consensus is that workers are more important than ever and many believe that mobility provides workers with the right information at the right time to improve efficiency and productivity.   The trend of equipping workers with the tools to make them more productive has become extremely important with the changing demographics.

Dr. Köckler described the Hannover Messe 2020 main theme as “Industrial Transformation for the Globally Digitally Integrated Industrial Sector”.  He visualized the 2020 Hannover Messe as providing a complete information source a complete understanding of the components, materials, solutions, and digital ecosystems and how they interrelate.  “The entire industrial sector is represented at Hannover Messe, visitors can experience end to end production.”

The 2020 Hannover Messe partner country was Indonesia and Arif Havas Oegroseno, Ambassador of the Republic of Indonesia to the Federal Republic of Germany presented an overview of the country.  Indonesia is a resource-rich country and represents the biggest economy among Association of Southeast Asian Nations (ASEAN) members, belongs to the United Nations, the International Monetary Fund and the G20 group of nations. 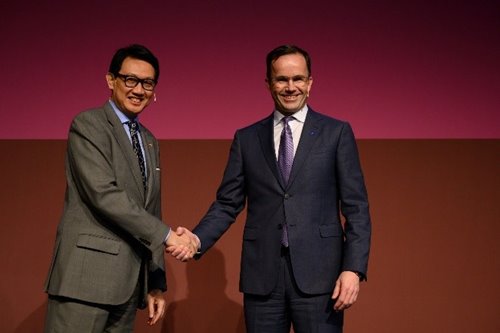 The country launched the initiative "Making Indonesia 4.0" to revitalize manufacturing with the introduction of Industrie 4.0 concepts.  Indonesia is the world’s largest island state, comprising some 17,500 islands on an area of 1.9 million square kilometers. The largest and most famous islands are Java, Sumatra and Sulawesi.   With a population of 260 million, Indonesia is the world’s fourth most populous nation. The metropolitan region of the nation’s capital, Jakarta, is home to around 30 million people.   The population of Indonesia is very young, with an average age of around 30 years.

The form of government of the Republic of Indonesia is a presidential democracy. The president and head of government are both elected for five years.  Joko Widodo leads the affairs of state as president since October 2014 and will remain so until 2024 following his electoral success in April 2019.

Indonesia is made up of over 7,000 islands, with the second largest coastline in the world. Over 300 ethnic groups, 5 major religions, the tree time zones.  Indonesia is the largest and fastest growing Internet economy in the region at $40 billion at 49% compounded annual growth rate (CAGR).