Finally a Consensus on the M12 PushPull?

After a lengthy period of connector manufacturers pursuing various approaches with regard to M12 PushPull locks, IEC 61076-2-010 is now finally bringing a system that is consistent across the industry.

After a lengthy period of connector manufacturers pursuing various approaches with regard to M12 PushPull locks, IEC 61076-2-010 is now finally bringing a system that is consistent across the industry. Or at least that is the opinion held by Dirk-Peter Post, Head of Global Product Management Circular Interface Connectors, Harting Electronics, and Jürgen Sahm, Senior Specialist Product Marketing Circular Connectors, Phoenix Contact, in this interview. In a press release in early summer, Phoenix Contact, Harting, Molex, Murrelektronik, Binder, Conec, Escha and Weidmüller had already announced their intention to establish a new standard for the push-pull lock of M12 connectors in the market. The objective of compatibility across manufacturers is now to be realized shortly with the standard published in 2020. 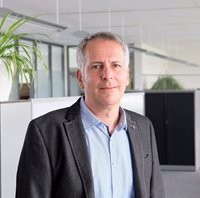 There is a lot of talk about new fast-locking systems right now. What are the news for M12 circular connectors?

Jürgen Sahm: This topic has been discussed in the market for years. Various proprietary solutions have led to successes in this respect here and there, but a market standard has proven elusive in the past. The wish for a consistent standardized system never went away, however, and is more relevant today than ever before. The new approach of M12 connectors with fast push-pull lock now offers the potential for a market standard across manufacturers. Reaching a uniform technology is tremendous, and important for many branches of industry.

What are the advantages of M12 connectors with push-pull lock for me? 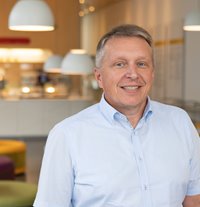 Dirk Peter Post: Push-pull locking brings great time savings of ca. 80 percent in the connection of automation components, as screwing is no longer required. Added up over a year, this would realize huge savings potentials in the installation work. The improved handling also allows for a more compact arrangement of device ports, catering to the wish for miniaturization and economic cabling. Besides the time savings, there is also no need to check the correct tightening torque of the locks with a torque wrench. The user gets an acoustic feedback indicating correct locking. This way we have an easy, fast, and safe lock.

You mentioned the market's wish for a standardized system. How about a normed standard for M12 with push-pull?

Jürgen Sahm: There is a norm that describes the embodiment of a M12 push-pull standard. IEC 61076-2-010 describes both an inner and outer lock by way of push-pull. It thus embraces all the applicable variants for a consistent system solution in the field of automation technology. IEC 61076-2-010 can thus be regarded as an expansion of the tried-and-tested M12 standard with screw lock, as described in the basic IEC 61076-2-101 standard. The highlight being that the only change from the established M12 consists of the M12 thread being supplemented with a recess while retaining the proven characteristics of the full M12 thread. This way the devices can be universally equipped using a so-called M12 duo port, and in future either be connected with push-pull or the M12 screw connectors that are widely available in the market, meaning that both connections are possible. Even line extensions using floating push-pull connectors can be realized with commonly available standard components.

Are there any other concepts and standards on the subject of M12 push-pull?

Dirk Peter Post: In addition to the IEC 61076-2-010, there is also IEC 61076-2-012, which describes an internal push-pull lock. The -012 was developed from the concepts of existing, non-standardized industrial PP connectors that were designed into the M12 format. Which is the reason why there is no homogenous integration into the M12 world.

What are the differences between these standards in a further comparison?

Jürgen Sahm: Although both standards serve the same purpose of fast locking, they are still very different indeed. While IEC 61076-2-010 is based on the full thread of the original IEC 61076-2-101 standard, and thus leaves the global standard for automation components untouched in its familiar form, the thread has been interrupted by three segments in IEC 61076-2-012. The breaks in the thread are required so that the three safety latches of the cable connector can snap into the engaged position through the thread. Such systems require the mutual angle between push-pull mechanisms and contact carriers to be very precisely met. As the push-pull connector would be blocked otherwise and could no longer be plugged into the port.

The solution based on IEC 61076-2-010 gets by without thread interruptions as the latching contour has been moved to the start of the M12 thread and is easily realizable in the standard thread production process as a recess. This makes the design-in particularly easy for the device manufacturer. The device connectors are of a rotation-symmetric design, same as the tried-and-tested M12 standard, ensuring that the push-pull mechanism of the device port need not be oriented for coding the M12 contact carrier. This gives the device manufacturer a high degree of freedom in lending the cable outlets of ports a simple and most of all economic design. The basic M12 standard-101 and push-pull standard -010 are also consistent with respect to the design-in requirements, and working in lock-step so to speak. This goes so far that a conventional M12 port with standard thread can be replaced by a compatible duo-port with push-pull without constructive intervention in the appliance design, and that even post-hoc with existing device concepts.

Added to this are further advantages, for example that the push-pull lock elements can be executed in plastic or metal. This enables the production of favourably priced plastic push-pull connectors that can be used in expanded application areas such as the agricultural or chemical industries.

Is there a tendency to support a specific standard amongst the established major M12 manufacturers, and why?

Dirk Peter Post: Yes there is. The eight established manufacturers of M12 connectors - Weidmüller, Conec, Escha, Molex, Murrelektronik, Binder, Harting and Phoenix Contact – have declared themselves in favour of supporting IEC 61076-2-010. The main reasons for this are the functional safety across manufacturers and economic producibility through the proximity to the -101 basic standard, as well as the simple integration in the appliance without great design-in efforts. The fast and wide availability of the new system and investment safety ensured by the broad manufacturer support also have a great role to play.

These are the reasons why the DNA of the basic M12 standard (-101) is also informing the 010 unchanged and updated to a new global standard with the know-how of the aforementioned manufacturers.

Thanks to the producers not only dedicating themselves to the push-pull system's assured replaceability across manufacturers in normative, but also in practical terms, users are able to rely on the same kind of broad, technically mature product portfolio they have grown used to with the M12 standard, but with all the advantages of multi-sourcing.

Given the compatibility across manufacturers, could one already say that IEC 61076-2-010 will turn into the market standard?

Jürgen Sahm: Proprietary solutions with higher design-in effort stand no chance in industry these days. Simple, standardized solutions following a consistent system topology are the order of the day. This is the overarching idea that the eight manufacturers subscribe to. The message being that the standard M12 norm and push-pull norm largely coincide and include all the variants required in industrial wiring with M12. Thanks to the simple recess, the design-in process need not be changed – the step towards push-pull is as easy as that.